Advait: Through the Lens. Extraordinary Artwork from this 9-year-old renowned Contemporary Artist will be on exhibition and available for acquisition at the gallery from Friday, January 20 through Sunday, January 29, 2023. Advait’s art has a global footprint— he started painting at only 8 months of age, held his first solo exhibition at age 2 and by age 8 he had won the Global Child Prodigy Award. Advait’s work has been exhibited in London and New York alongside modern masters including Pablo Picasso, Henri Matisse, and Joan Miro. He even had the privilege to become the youngest TEDx speaker of India in November 2022. These major milestones have earned him the ‘prodigy’ tag by the BBC, among other international media outlets, making him one of the youngest artists ever to achieve this worldwide recognition. Three very special meet the artist receptions are planned for Saturday, January 28 from 1-4pm and 6-9pm and Sunday, January 29 from 1-4 pm.  Do not miss this opportunity to meet the young Artist.  All receptions are complimentary and open to the public; RSVPs are highly recommended at gallery725@gmail.com or 904.345.9320. For more information, please visit GALLERY 725. The gallery is located at 13475 Atlantic Blvd. Suite 6 in Jacksonville. 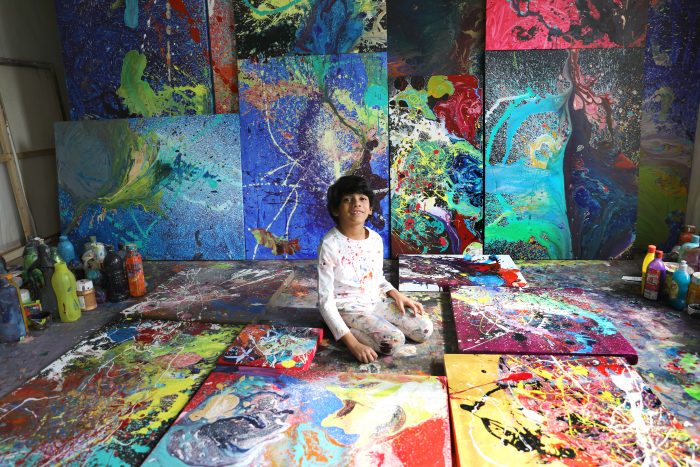 Advait’s art has a global footprint — By taking the artworld by storm with a radiant show tour in USA, solo show in London and now exhibition alongside the most influential modern art masters Pablo Picasso, Henri Matisse, and Joan Miro in New York. A significant show in Italy and at the London Art Biennale, New York’s Art Expo, a solostint in Canada and India. His story is featured in the launch of Walt Disney’s largest digital destination ‘Reimagine Tomorrow’ and his artwork was painted by a robot on a car making a history.

Advait Kolhatkar has surpassed major milestones at the age of eight. Hehas won the Global Child Prodigy Award, and one of the few worldwide recipients of Highflyers 50, consolidating his place in the international art arena. He had the privilege to become the youngest TEDx speaker of India in November of 2022. These major milestones have earned him the‘prodigy’ tag by the BBC, among other international media outlets, making him one of the youngest artists worldwide. His work ethic and wondrous imagination has caught art lovers’ attention internationally, who are often thrilled to know that his instinctive journey began whenhe was just eight months old. His art tells plethora of stories that spring from his vivid imagination. The world has opened its arms to the young lad, whose poly-chromatic carrier has started flourishing like an eternal spring. 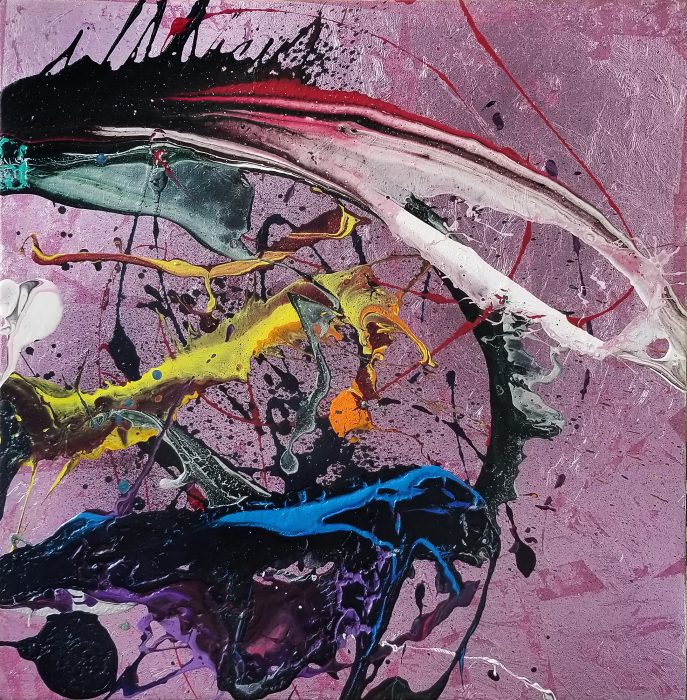 An unblemished mind’s eye can perceive the universe and oceans. Seven-year-old Advait embraces such perception. His gesturalabstractions are raw and spontaneous action paintings that span varied subjects. Advait takes pleasure in branching out, evolving his art to continually find new challenges and techniques to achieve his vision on canvas. His art is organic, born from various tools, brushes, and occasionally even with painted fingers, as it weaves his inspirations and thoughts in a conversational tone. The narrative of this exhibition takes the viewer on a journey of personal growth, inspiration, and the intense creativity of a prodigal artist.