We are very excited to debut our newest artist Milu Petersen!!

Milu was born in Mozambique, Africa. Following the Portuguese Colonial war and liberation in 1975 moved to Portugal where she attended Fundaçao Ricardo Espirito Santo, School of Arts In Lisbon. After which she studied in Denmark at Art Museum Of Skagen North of Denmark, in addition to attending classes at the School of Art in Paris, la Vila Pastille.

Milu currently resides in Cabo Frio, Brazil where she exhibits much of her work. Her paintings have been exhibited across the world including Panama, Venezuela, Cuba, Portugal, Colombia, Peru, Sweden , Norway, Denmark, Puerto Rico, Italy, Brazil and France.

Milu paints in acrylic, on canvas and has adopted a firm style of Impressionism inspired by her beautiful surroundings in Brazil and ideas formed from my wide experience and imagination. 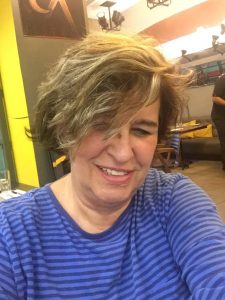